Atlas of Yatvingian Hillforts > About the Authors 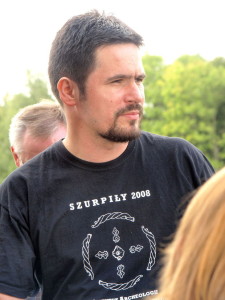 Curator at the Department of Balt Archaeology of the Archaeological Museum in Warsaw. In 2006–2007 in charge of the archaeological investigation of the settlement complex at Szurpiły. Since 1998 engaged in the study of Yatvingian hillforts of Eastern Masuria. In 2013 defended his PhD thesis on early medieval Yatving settlement systems as illuminated by the investigation of centres at Szurpiły and Konikowo (Polish title: Systemy wczesnośredniowiecznego osadnictwa jaćwieskiego w świetle badań ośrodków w Szurpiłach i Konikowie).

The Project Team member responsible for settlement studies and the scientific analysis of the early medieval materials.

Interests: early medieval Yatvings – their settlement and defense systems. Evidence from the archaeology and the written sources on the Baltic Sea region during the Viking Period. 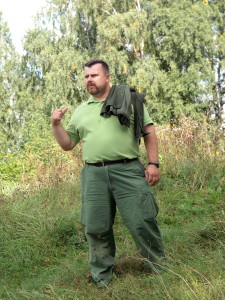 Collections specialist at the Department of Balt Archaeology of the State Archaeological Museum in Warsaw. In 2008–2012 in charge of the archaeological investigation of the settlement complex at Szurpiły. Initiator of and the main specialist running the project of aerial mapping by LIDAR of the Yatving territory.

The Project Team member responsible for non-destructive methods of site survey and their confirmation by the archaeological methods.

Interests: archaeological landscape analysis, with a special focus on prehistoric and early medieval defense systems of the Balt tribes.